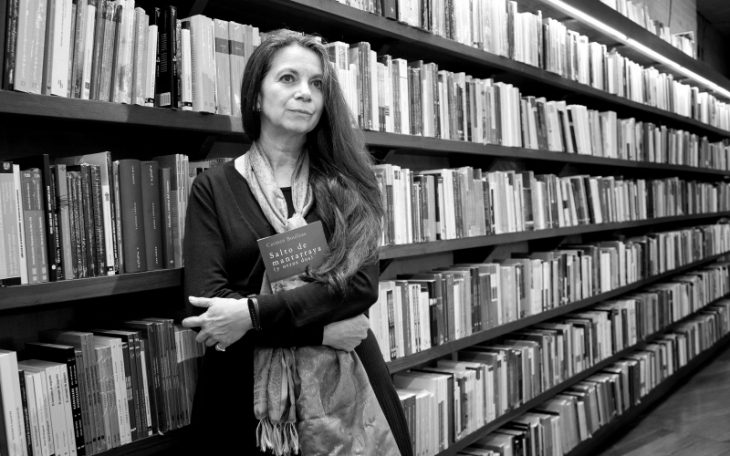 Carmen Boullosa (Mexico City, 1954) is a poet, playwright, novelist and essayist.  She has published 18 novels, including Antes (1989)/ Before (2016), Son vacas, somos puercos (1991)/ They’re Cows, We’re Pigs (1997), Llanto (1992), Duerme (1994), Treinta años (1999)/ Leaving Tabasco (2001) y Texas (2013)/ Texas: The Great Theft (2014). Two of her novels were awarded the distinction Best Novel Published in Mexico by Reforma newspaper. She also received the Xavier Villaurrutia Award for Best Mexican Novel, along many other international awards such as the 2015 International Dublin Literary Award and the German Liberatur prize. Her work has been translated into more than eight languages.

With fellow writer Salman Rushdie, Boullosa co-founded Mexico City’s House for Persecuted Writers, also known as Casa Citlaltépetl. She has also published art books and mixed media which have been exhibited at Mexican Museum of Modern Art and the New York Public Library.

As to her academic career, Boullosa has been a keynote speaker and lectured in Argentina, Ecuador, Venezuela, Colombia, France, Spain, England Germany, and Austria, as well as several American universities such as Brown, UC-Irvine and Princeton. She was also a visiting professor at New York University, San Diego State, Georgetown and La Sorbonne. Her literary work has been the object of abundant scholarly studies.

As a creative writer, she has published more than 20 books: Rosa que está (2020), Fascinação (2019), and A peça intocada (2017) are among her latest. Her works have been included in national and international anthologies (in the USA, Germany, France, Mexico, Uruguay, Argentina and Peru) and she has been granted several literary awards, such as the Prêmio Jabuti/ Poesia, in 2016. She is a retired professor from the Federal University of Paraná (UFPR) and currently researches on the work of Irish poet Mary O’Donnell, at the W.B. Yeats Chair of Irish Studies, University of São Paulo.

A selection of Luci Collin’s poems, in Spanish, is available in this link. 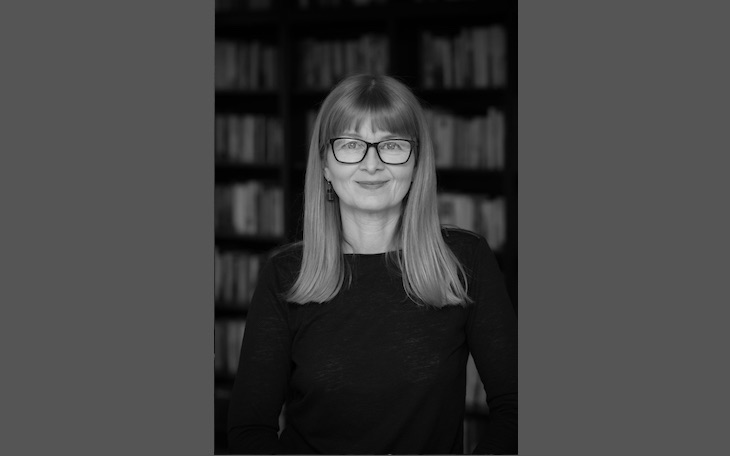 Mary Costello (Galway) is the author of the acclaimed collection of short stories, The China Factory (2012), which was shortlisted for the First Book Award, granted by The Guardian. Costello earned an Arts Council bursary in 2011 and 2013. Her second book and first novel, Academy Street, was published in 2014 and was widely renowned. The novel was shortlisted for the Dublin International Literary Award, the Costa First Novel Prize and the EU Prize for Literature. Academy Street received both the awards of Irish Novel of the Year and Irish Book of the Year in 2014. Her latest novel, The River Capture, was published in 2019. Her work has been adapted by BBC Radio 4. She currently lives in Dublin. 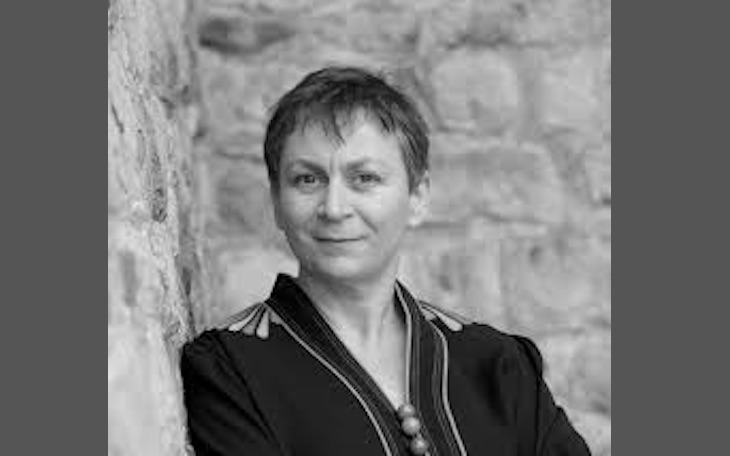 Anne Enright (Dublin, 1962) is the awarded author of seven novels, three collections of short stories and a collection of essays. Throughout her career, she has been granted numerous awards. Since 2010, she is a fellow of the Royal Society of Literature. In 1995, her first novel, The Wig my Father Wore, was shortlisted for the Irish Times/Aer Lingus Irish Literature Prize. What Are You Like?, published in 2000, received the Encore Award, and was shortlisted for the Whitbread Novel Award. In 2007, Enright published her fourth novel, The Gathering, which obtained the Man Booker Prize and was considered the Irish Novel of the Year, acknowledgement that The Green Road also received in 2015. In February 2020, Enright published Actress, her most recent novel.

Anne Enright read English and Philosophy at Trinity College Dublin, and completed an MA in Creative Writing, under Angela Carter’s tutelage, at the University of East Anglia. Enright has worked as a TV producer for the RTE network, and her short stories have appeared in several magazines like The New Yorker and The Paris Review. 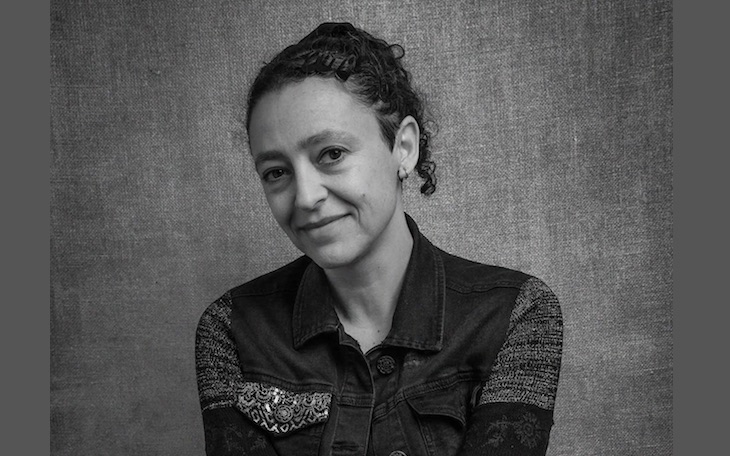 Lina Meruane (Santiago de Chile, 1970) is the author of five novels, six books of essays and numerous short stories. Her work has appeared in several international magazines such as Lateral (Spain), The Literary Review (United States), Schiffe aus Feuer (Germany), among others. Her first collection of short stories, Las Infantas, was published in 1998, after receiving a scholarship from the National Fund of Cultural Development and Arts (FONDART). In 2004, she published the novel Fruta Podrida, which received the Best New Novel Award, granted by the National Council of Culture and Art (CNCA). In 2011, she was awarded the Anna Seghers Prize due to the quality of her work and, in 2012, she received the Sor Juana Inés de la Cruz Prize in Guadalajara International Book Fair for her celebrated novel Sangre en el Ojo (2012)/ Seeing Red (2016). In 2020, she published Avidez, her latest collection of short stories and, in 2021, the essay Zona ciega.

Meruane earned a Guggenheim Fellowship in 2004, a National Endowment for the Arts grant in 2010, and a writing fellowship by the DAAD Artists-in-Berlin Program in 2017. She currently teaches Literature, Latin American Cultures, and Creative Writing in the University of New York. 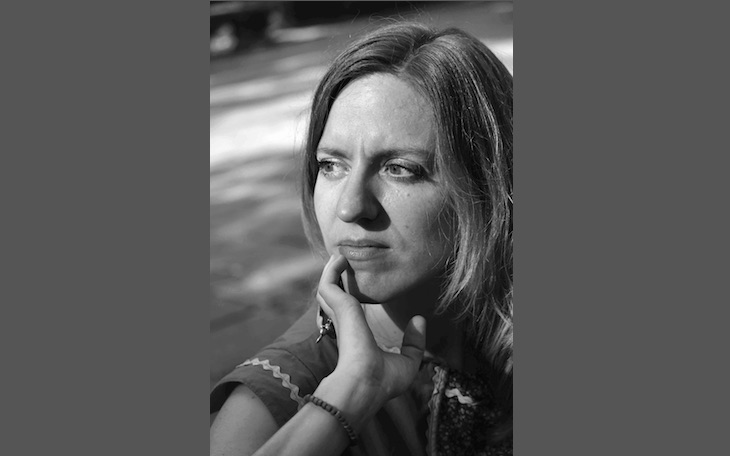 Daniela Tarazona (Mexico City, 1975) is author of El animal sobre la piedra (Mexico, Almadía, 2008 and Argentina, Entropía, 2011). In 2012 she published her second novel, titled El beso de la liebre (Alfaguara), which was shortlisted as finalist for Las Américas Literary Award (Puerto Rico) in 2013. In 2020, she published a biography, under the title Clarice Lispector. La mirada en el jardín, and with illustrations by Nuria Mel (Lumen). Tarazona’s works have been translated into English and French.

She was a grantee in the Jóvenes Creadores Programme and is a member of Sistema Nacional de Creadores del Fondo Nacional para la Cultura y las Artes (FONCA). In 2015, Tarazona was acknowledged as one of the 25 Latin American literary secrets at the Guadalajara International Book Fair.